Like thousands of dog lovers worldwide, do you adore the Shih Tzu? Yes, this tiny, pint-sized dog is adorable, lively, beautiful, friendly, and charming. No wonder, it is generally described as a sweet-tempered friend who reserves a special love for visitors.

The Shih Tzu is considered to have a royal Chinese origin; for more than one millennium, these adorable tiny lapdogs were apparently kept as beloved household pets by succeeding members of the royal family.

Indeed, the name Shih Tzu is thought to have its root in the Chinese Mandarin word meaning “lion dog”. The Shih Tzu finally made its way to the US sometime in the 20th century when the veterans of the Second World War arrived home.

Currently, the Shih Tzu occupies a lofty pedestal, ranking among the most popular breed of dogs in the US. Interestingly, how does the Shih Tzu’s natural temperament compare with the equally loved Maltese? 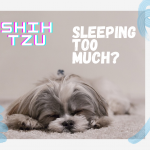 Is My Shih Tzu Sleeping Too Much 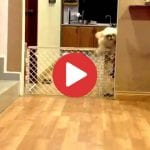