by admin
2 years ago9 months ago
578views

Wow, this incredibly smart and adorable furry Shih Tzu might be Katy Perry’s biggest fan in the world. The talented Charlie demonstrates that she is more than simply a pet, she is incredibly clever, howling along to all of Katy Perry’s high-pitched notes while placing her front paws on the tabletop to inch loser to the screen.

Charlie’s owner, who is also a fan of the notorious Katy Perry, has reported that, every time she sets up her laptop to play Katy Perry’s “Set Me Up” video, Charlie goes crazy and starts howling along to the singing in the video.

Although this furry Shih Tzu might not have the same vocal capabilities as Katy Perry and the advanced vocabulary to sing along the verses, she certainly gives it her best to sing along. Her howls seem to convey different tones, some being more high pitch and short, while some seem more dark and long, almost as if Charlie is trying to follow along with the tones of the actual song.

At one point in the video, Charlie seems to have given up and bored with the singing, the moment of doubt does not last long tho, as she soon bounces up to face the screen and howl along once more.

There is no doubt this is Katy Perry’s biggest animal fan up to date, maybe even her biggest fan ever, and who knows? Maybe one day we’ll see Charlie performing at a Katy Perry concert or even, a concert of her own. The Charlie show! She definitely has the commitment and the stage presence so many of us humans lack. 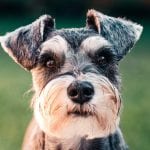 Pesky Parasites: The Best Flea, Tick, and Heartworm Prevention for... 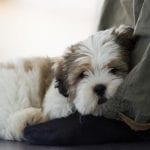 Shih Tzu Aging Signs-8 Every Owner Needs To Look For