What should you know about the Shih Tzu-Pomeranian mix?

Famous for having a small size and a charming disposition, Shih Tzu-Pomeranian mix, or Shiranian, dog breeds are believed to be among the best mixed dog breeds. A Shih Tzu-Pomeranian mix, the Shiranian dogs are regarded as designer dogs. Even though they are generally playful and lively, their behavior and temperament are greatly influenced by their parent’s qualities.

A Shih Tzu-Pomeranian mix normally has a double coat which can be straight or a bit curly. The most usual colors for their coats are black, red, merle, brown, tan, white, orange, brindle, or gold.

These pups are among the best companions for kids in the family because they’re generally friendly and warm. As a matter of fact, this breed trusts strangers easily that they don’t make excellent watchdogs. Shiranians are more compatible for people who are searching for a loving pet that would bring warmth and unending affection to their lives.

Because of these dogs’ attributes, they mustn’t be left alone for prolonged periods. These pups could easily grow attached to their family, which makes them susceptible to separation anxiety. Shiranians could get really lonely every time you leave them alone for long hours. 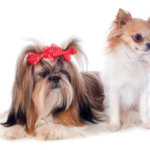 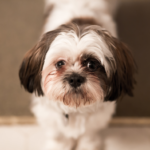 How Can You Tell Imperial Shih Tzus? 8 Best Tips