In this video, we’re going to show you how our puppy reacted when he first experienced the outside world.

It was our Shih Tzu puppy’s first time to experience the outside world! Her name is Ava, and she has not been outside since we took her home, so this is an entirely new experience for her. After we put her leash on and took her outside, she was very curious about the outdoors. She was a little scared at first, but once she realized that there’s nothing to be afraid of, she became excited about it.

On her first time outside, it looks like she’s a bit scared and nervous. She kept sniffing around. However, when she has gotten the hang of it, she started enjoying playing around on the grass!

When taking your dog out for the first time, it is important to remember that they are going to be nervous and scared of the new experience. However, if you’re patient with your dog and give them time to adjust, they will eventually get used to it.

This video is a good example of how excitement can override fear: although Ava looked scared at first, she became excited about playing around on her first day outside! This is because dogs rely on their sense of smell rather than sight when they are feeling anxious; sniffing something familiar such as grass or bark may make them feel better.

But don’t worry-if you keep letting your dog go outside little by little each time, then they will eventually become more comfortable in unfamiliar situations!

In this video, we see that our Shih Tzu puppy’s excitement overtook her fear. She is enjoying herself by rolling around on the grass happily! Even when she got up, she was wagging her tail and tried to run back over to the grassy area to play some more. However, as soon as I tugged on her leash slightly, she realized that she needed to follow me back home again-but even so, you can tell that spending time outside made her want to come back for more!

So take your dog out of doors a little bit at a time and let them get used to their environment before bringing them out for a longer period of time. Also, try to take them out during the time when there is less traffic outside so that they can get used to being around people as well as cars! This way, taking your dog outside will be fun for you and your pet!

It is important when first introducing a dog or puppy to the outdoors to make sure that they feel safe and secure, even if this means keeping them on a leash at all times. After a while, when they have become accustomed with their surroundings and have stopped feeling wary of new experiences, then you can let them off the leash and allow them more freedom to explore new places. 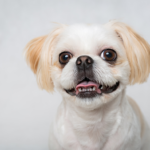 What is Shih Tzu Eye Care and Why Is It... 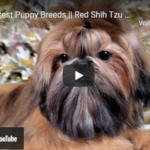