The history of the Shih Tzu shares many aspects with that of the Pekingese, just like that breed the Shih Tzu was first bred in Buddhist monasteries where it was considered a sacred dog and a companion for Chinese novelty, Its small size, sweet appearance, and great intelligence., have made the Shih Tzu one of the most popular dog breeds in the world.

The main traits of the Shih Tzu breeds are its long thick coat, and its charming expression, which makes it easy to confuse with a Lhasa Apso. Shih Tzu’s are also recognizable by their wide rounded head covered by shaggy hair over their eyes and muzzle that looks like a beard and thick moustache, as a fun-packed.

You should know that the hair on their nose grows upwards giving their face a chrysanthemum shape the Shih Tzu has a wide set of large round and dark eyes with a loving expression, their ears are also large drooping and covered in thick hair, their tail is covered by feathery fur, and it curls over their back, their coat is long with black to wavy hair.

It’s very thick with a good undercoat. According to official breed standards. 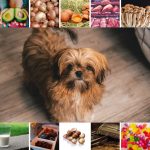 10 Shih Tzu Foods that are a No-No 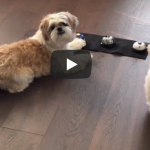