What happens when a Shih Tzu is in heat cycle?

Shih Tzu Heat Cycle. If you own a Shih Tzu dog, you probably already know what you are dealing with when it comes to a female Shih Tzu coming to heat, which is otherwise known as ‘heat cycle’. Although a lot of female Shih Tzu owners are aware of what they’ve got in their hands if they own an unspayed female Shih Tzu, it actually affects male Shih Tzus, too.

Shih Tzu pups eventually grow into adult dogs, and significant changes occur in their physical appearance and reproductive system. Sexual organs mature in both female and male Shih Tzus, and during this time, their bodies have reached sexual maturity and therefore ready to reproduce.

The Shih Tzu Heat Cycle is the stage where a female Shih Tzu is prepared to reproduce, and it could affect male dogs, too. When the heat cycle starts, your Shih Tzu could experience various changes partially due to hormone changes. You need to identify and be familiar with these changes so that you would know how to help your dog through it and make the heat cycle an easy transition for your female Shih Tzu.

Small breeds such as Shih Tzu dogs generally have their heat cycle earlier than other dog breeds. This begins between the age of four and seven months old, which is actually a surprise to many Shih Tzu owners since their Shih Tzus are still regarded as puppies during this time.

The estimated length of a Shih Tzu heat cycle is typically between twenty-three days or approximately two to four weeks, and it normally happens biannually. We suggest that you take note of the dates of the start and end of your dog’s heat cycle so you could observe its pattern. Even though you could not really predict the precise date of their succeeding heat cycles, you could use this information and data to track abnormalities that should be addressed to a vet. 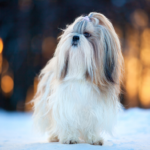 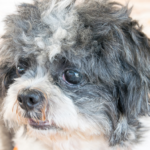