You hope it won’t happen, but as a Shih Tzu parent, there’s always a chance your little pooch becomes poorly. As pure breeds, Shih Tzus are more likely to suffer from inherited health issues than mixed breed dogs.

Of course, that doesn’t mean all dogs of this breed are destined for illness. But it does mean that certain practical considerations need to be taken to help ensure your fur-baby lives a full and healthy life.

This includes providing your pup or adult Shih Tzu will the medical care appropriate for their specific issues. Taking the sensible step to organising pet insurance will allow you to cover the costs if your dog suddenly falls sick or there’s an accident emergency.

Sure, it’s an extra cost in the care of your pet, but if your dog is more susceptible to hereditary conditions, it’s surely a cost worth considering. After all, while insurance doesn’t guarantee the health of your pet, it does mean you can afford to have your Shih Tzu seen straight away – without having the additional worry of enormous veterinary fees – if any health problems do occur.

So, what then, are some of the issues that your little Shih Tzu might be more vulnerable to? Before we dive into that, let’s have a quick overview of the breed itself.

Shih Tzus are small domesticated dogs. They generally weigh between 9 to 15 lbs as grown adults and are therefore classed as “toy dogs”. However, they punch far above their weight when it comes to prestige. If you’re a Shih Tzu parent you may be interested to know that your fur baby’s breed is one of the few ancient pet dogs today that boast an ancestry that dates back to around 800 CE.

Cultivated by ancient Tibetan Monks, these cute little canines were offered as gifts to the emperors of China and quickly became the most beloved lapdogs in the Chinese royal court. They are particularly associated with the Dowager Empress Tzu Hsi, a royal concubine who became the Empress of China in 1861, and who instructed her royal eunuchs to breed the dogs exclusively for royal ownership.

Their name literally translates as “lion dog”, and is thought to reference their long silky hair. Yet it’s not lions but wolves that they’re most closely related to – According to recent genetic research, the Shih Tzus share more DNA with ancient wolves than most other breeds.

Nowadays, they are much more fun-loving than wolfishly feral – though they still have a feisty side. Typically sweet in temperament they can on occasion be a bit snappy, particularly when scared. But they remain a popular choice of pet for elderly dog owners or small households.

If you’re the proud owner of a Shih Tzu pup then you’ll know how sturdy and active they are for a dog of their size. But they still need regular vet checks and a close eye kept on any out-of-the-ordinary behaviour.

The fact that they’ve been purebred over centuries to ensure retention of specific physical features, has led to a dilution of their genetic diversity. This means that they can have a significantly high risk of developing many hereditary disorders and diseases such as hip dysplasia, a congenital disease causing the hip joints to form incorrectly and which often leads to arthritis.

The Shih Tzu also suffers from ailments common to a lot of other purebred toy dogs including breathing issues, joint problems, and temperature sensitivities.

Let’s go through some of the most prevalent:

Tracheal collapse in dogs happens when the cartilage rings supporting the animal’s windpipe, or trachea, weakens and causes it to collapse. Alongside the Shih Tzu, other small pure breeds such as the Yorkshire terrier and Chihuahua, also suffer from this condition and it is believed to be a congenital disorder.

Symptoms of Tracheal Collapse in Dogs

The collapse causes a harsh, honking cough to develop along with other symptoms such as:
● Breathing difficulties
● Lips and gums turning blue when excited
● Wheezing

Tracheal collapse can be treated with antibiotics, cough suppressants and, in extreme cases, surgery.

Respiratory Distress Syndrome in dogs is also known as brachycephalic syndrome. It generally affects pooches with flat or small snouts such as pugs, bulldogs, Boston terriers and, of course, Shih Tzus.

Respiratory Distress Syndrome can occur because your Shih Tzu’s nostrils are too small and they can’t draw in enough air to breathe properly. In addition, fluid can accumulate there causing further breathing difficulties.

If you notice that your tiny hound has trouble exercising and breathing, this syndrome may be the cause.

Other common signs of Respiratory Distress Syndrome include:

● Coughing and gagging
● Gagging after coughing.
● Nasal congestion.
● Fainting.
● Wheezing.
● Blue gums or skin (check the inside of the eyelids for this discolouration), due to poor oxygen intake.

If your pup is suffering from Acute Respiratory Distress Syndrome (ARDS), they may need supplemental oxygen, which typically involves a stay at a veterinary hospital.

Symptoms of Heatstroke in Dogs

Hip dysplasia was mentioned above and is a (usually) hereditary disease that can be found in Shih Tzus. It develops when the soft tissues around the hip joint don’t grow uniformly and the bones begin to rub against each other, generally developing into osteoarthritis.

Some dogs develop a mild form of it, which remains unnoticeable while other poor pups may experience acute pain and weakness in the hind legs.

If your fur baby appears a little wobbly on its legs and takes a while rising to its feet or is reluctant to climb up a step or any set of stairs, then hip dysplasia may be the issue and you need to get it checked out.

Symptoms of Hip Dysplasia in Dogs

The more obvious signs of hip dysplasia in dogs include:
● Stiffness
● Exercise intolerance.
● Difficulty rising, sitting or lying.
● Difficulty climbing up steps or any heights (i.e. getting into the car)
● Unnatural wobbly or “swaying” gait
● Limping on one or both hind legs
● Protective of the hip region during grooming or bathing
● In the severest cases, inability to walk at all.

The Shih Tzu has large, slightly protruding eyes (due to their shallow eye sockets). And while this can make them oh-so-cute, it can create some health issues for them too.

For example, proptosis is a condition where because of their shallow eye socket, the pup’s eyeball begins to roll forward until it protrudes out to such an extent that the eyelid can fall behind it causing the dog extreme pain.

Another eye condition that may befall Shih Tzus as they reach their golden years is cataracts. This is typically a genetic disease and can cause cloudiness in the eye lens.

Of courses, cataracts can also form as a result of past eye injuries, diabetes or a deficiency in the dog’s diet.

Symptoms of Cataracts in Dogs

● Cloudy-looking pupils in one or both eyes
● Changes in eye pupil size
● Clumsiness as the dog starts to lose partial – or total – sight
● Persistent scratching of the eyes.

Cataracts can’t be reversed but if they’re causing pain and disruption to your pet’s movements, they can be removed through surgery.

The Shih Tzu, along with other small dogs such as the Maltese or beagle, has a drop ear that flaps downwards. The ear is covered by thick glossy hair, but the problem is that this hair also grows inside the ear! An overgrowth of hair in the ear canal can lend a helping hand to a build-up of ear wax. In addition, the warm, moist environment created by all this silky hair creates a super spot for bacteria to grow alongside scratch-producing ear mites.

Symptoms of Ear Infections in Dogs

You’ll know if your Shih Tzu has an ear infection because they’ll be scratching the infected area a lot. Other symptoms to look out for, however, include:

● Insistant head shaking.
● Swelling within the ear
● Scabs or discolouration forming in the ears
● Bad smells coming from the infected area
● Dark discharge.

Peace of Mind with Pet Insurance

These are just some of the health complaints your little Shih Tzu might experience. And while there’s always the possibility that they never suffer from any serious ailments throughout their lives, crossing your fingers and hoping that that’s what will happen is not the most practical tactic for a pet parent.

It’s much, much smarter to consider pet insurance because the truth is, you can’t predict whether your pup might need medical attention – but having pet insurance will give you peace of mind knowing that you can get that attention for them ASAP if the time came. 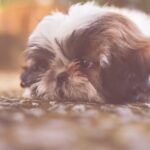 Dry Skin in Shih Tzus: What are the Causes and... 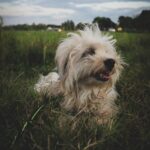 What is Shih Tzu Coprophagia and Should Pet Owners Be...