Fluffy puppies scamper between baskets of fluttering pillows, graceful animals with the finest pedigrees ready to tug at our heartstrings: this is the saccharine-sweet and plasticized image that emanates from the typical media clichés surrounding the process of adoption.

Even so, to understand Marnie the Dog’s story, it is necessary to sweep away these sugar-coated stereotypes and perceive an animal’s adoption from a totally different perspective.

In adopting Marnie, who has rocketed to fame thanks to the viral nature of social media, the notion of a young, healthy, and perfectly formed puppy to share great adventures with, certainly, was not a determining factor.

Marnie: Before and After the Adoption

So who was Marnie before she won her new human owner’s heart and became an Internet sensation boasting 1.9 million supporters from Instagram? The little honey-colored Shih Tzu was about ten years old and suffering from a multitude of ailments when she met her new owner.

In summer 2012, Marnie was found in the streets of Connecticut, the U.S.A. She was in a miserable state: malnourished, disgustingly dirty, with a matted coat, rotting teeth, and her left eye was so very cloudy that the staff at the shelter thought she might never see the world again.

On top of that, Marnie (who on arrival at the shelter had been aptly named “Stinky”) had an odd gait; she walked with her head hanging to one side, and her tongue hung out completely. Stinky found a new home after spending four months in the shelter with a lady named Shirley Braha, who renamed her Marnie to commemorate her favourite musician Marnie Stern.

Marnie still had numerous health problems to tackle at this point. On a positive note, soon after she was adopted, the cloudiness in Marnie’s left eye began to clear up, and her vision, fortunately, came back.

Nevertheless, another matter was her dental health, and the new vet had to take away 14 decaying teeth. However, this process of removing Marnie’s teeth had an upside since it helped eliminate an unpleasant case of bad breath!

The vet was also able to recognize the likely cause of Marnie’s lolling posture as a vestibular syndrome, a condition that affects the balance.

Luckily for Marnie, it did not prevent her from leading a normal life—well, not really normal since she was catapulted into Instagram celebrity status. Nevertheless, there was no cure for the most prominent feature of Marnie: her protruding tongue, though this was not a concern for her new owner, who writes on the Tumblr page of her dog:

“The reality is that Marnie just has a long tongue and has always had a long tongue, and it is amazing, so every few minutes she licks it to keep it from getting too dry, and when it is snowing she puts her back in.”

Marnie’s rags to riches story and her adorable, charming looks have captured the imagination (and follows from social media) of legions of fans around the world, such as celebrities like Demi Lovato, Miley Cyrus, Ed Sheeran, and James Franco.

She posed with the likes of Tina Fey, Katy Perry and Selena Gomez. Marnie also got a book deal, and at one point became so popular that her absence during the 2015 World Dog Awards made headlines on TMZ. People just cannot seem to get enough of her videos and photos.

This admiration, in turn, has brought Marnie’s story to the attention of mainstream media, where her story has been told throughout the world in magazines and newspapers.

Furthermore, this beloved Shih Tzu remains completely unaware of her celebrity status and of the fact that she dominates the dog pages of’ Web 2.0′ (the term used to describe the second generation of the World Wide Web, which goes far beyond the early static web pages to today’s’ socially interactive’ pages).

Yet, putting aside political correctness, one wonders just how many would-be owners would actually welcome a ‘problematic’ dog such as Marnie into their homes.

Changing the World with One Post at a Time

Marnie’s Instagram had around 1.9 million followers on it. Yet, her presence on social media was so much more than just popularity. Marnie was a source of inspiration for dog lovers around the world. Her owner, Braha, wanted to show everyone how great and fulfilling it can be to adopt a senior dog!

Marnie helped inspire a lot of fans to be open to adopting senior dogs, too. A lot of people are afraid that adopting a senior dog would mean less time with that dog, but Marnie and Braha showed them how amazing life really is with a senior dog. Marnie was such an adventurous and happy dog because Braha gave her a chance to live.

In her final days, Marnie was passive but still cheerful and still had enough appetite for munching on her favourite chicken and greens.

But an ulcer on this Shih Tzu’s gums had developed, and it was not healing because of her old age.

“Her body just did not have the defence to fight against such small things,” Ms Braha said. “It caused her a lot of pain. Her body just shut down.” Ms Braha advised Marnie’s 1.9 million Instagram followers to get ready to say goodbye and keep them up to date on the dog’s spirits and veterinarian trips.

She gently petted Marnie on Thursday and fed her chicken before she passed away in her dog bed peacefully.

Ms Braha mentioned she has the company of one more rescue dog, a 10-year-old she named Gilda, who she adopted a month ago and believed is a Pomeranian mix. She, too, has the warm wishes of Marnie’s numerous fans.

Marnie will be laid to rest in a pet cemetery in Los Angeles, Braha wrote, with a public memorial delayed in the meantime due to the coronavirus.

Much like the late Grumpy Cat, Marnie gave a much-needed injection of unexpected delight into an otherwise gloomy past five years. Marnie truly was an extraordinary dog, and she will never be forgotten. Please continue to adopt dogs, particularly senior dogs, in honour of this marvellous Shih Tzu. 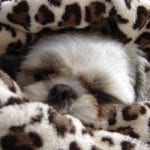 Warning Signs Your Shih Tzu Has a Heart Problem 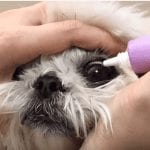