Every animal has a purpose. This purpose is seen in everything it does throughout its lifetime. For dogs, this purpose is to be a companion. Childhoods are more fun with happy animals as companions in them. The Brown Shih Tzu is just the man for the job, having a lot to offer.

It is common to get the name “Shih Tzu” wrong at a glance. The name is pronounced, “SHEED-zoo”. Nonetheless, this caring animal is an ideal fit for anyone in need of love and affection. It is the 15th most popular type of dog in the USA.

Read below to learn more about this interesting pet.

Brown Shih Tzu was one of the official dog breeds of the Ming dynasty which reigned in China from 1368 to 1644 AD.It was primarily used as companions and watch dogs due to its high sensitivity. The popularity of Shih Tzu in China began to decline after that period and this breed nearly wiped out at the establishment of the Communist era.

Shih Tzu is an ancient dog breed that belongs to the group of toy breeds. It is believed to be a descendant of the prehistoric Chinese wolf (Senji). However, the exact origin of the brown Shih Tzu is unknown. Despite its long history, brown Shih Tzu has been introduced to the rest of the world “recently”. It arrived in Europe during the 1930s, and to America shortly after WWII. 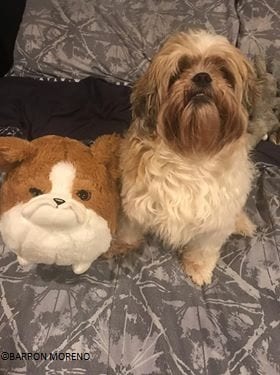 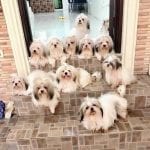 Cost of a Shih Tzu Puppy 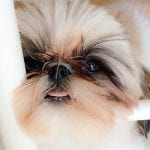 8 Things Your Shih Tzu Totally Deserves To Do