One of the great things about having a breed that can grow a long coat is that the hairstyle options are limited to your creativity. That said, more styles are seen than others.

While some owners find one look and basically keep it forever, others like experimentation. And as long as your Shih Tzu coat is healthy, it will grow back extremely fast, allowing you to choose a new hairstyle frequently.

With a full shave or short cut hairstyle, you don’t have to worry about clumps with this cut, and the coat stays pretty clean. Bathing is as easy as it is since the coat dries very quickly. 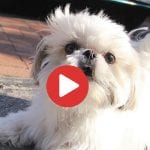 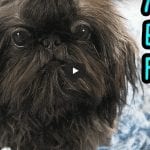