by admin
2 years ago1 year ago
1.1kviews

This breed is characterized by its intelligence and its friendly, cheerful temperaments. Shih Tzus love people. They’re always ready to play and show their affection; that’s why this breed is easier to socialize than others because Shih Tzus are friendly by nature.

Shih Tzu is bred primarily as a family and domestic companion, so his personality should be guided by friendliness, buoyancy, tolerance, and trust. This breed is affectionate with his family and gentle with children. It should be noted that Shih Tzus may get skittish when mistreated. A dog introduced to young children at an older age may not be as tolerant of high-energy playing as it would have been if it had been raised from the outset with young children. Its resilience is impressive, but this trait can sometimes be translated into stubbornness.

Still, the ever plucky and sweet Shih Tzu is not only a lively and playful companion but also a mild lapdog. She loves to break and play to delight everyone with her cheerful attitude. At the end of the time, he is happy to relax with his family in peace and serenity in his little world.

Shih Tzu’s are vigorous, lively little dogs to thrive on human companionship. They have been among the most popular family pets and companions in the world for decades. And that’s for a good reason. They are bright, alert, smart, and loyal to their owners. 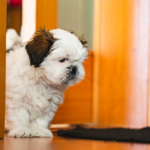 5 Best Things to Know About Separation Anxiety in Shih... 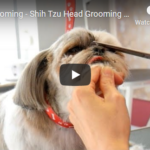